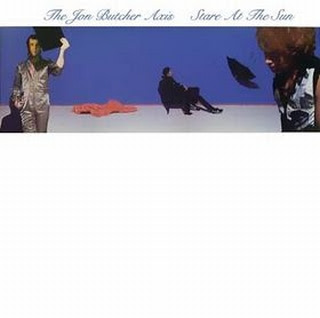 The All Music Guide entry for Jon Butcher reads:

Jimi Hendrix disciple Jon Butcher achieved some moderate chart success in the mid-'80s as the singer/guitarist for the Jon Butcher Axis. Coming out of the Boston club scene in the early '80s, the Butcher Axis (which also included members Chris Mann [Chris Martin, actually] on bass and Derek Blevins on drums), issued such albums as 1983's self-titled debut, 1984's Stare at the Sun, and 1985's Along the Axis (Butcher dropped the Axis for such releases as 1986's Wishes and 1989's Pictures From the Front), opened for local Boston heroes the J. Geils Band in addition to other harder-edged bands, and issued a few singles that enjoyed some success on radio and MTV -- "Wishes," "Goodbye Saving Grace," and "Life Takes a Life." Butcher continued issuing solo albums in the '90s -- Positively the Blues (1995) and Electric Factory (1996) -- while a hits compilation (1998's The Best Of: Dreamers Would Ride) and an archival concert (1999's King Biscuit Flower Hour Presents) were also issued. In addition to his musical career, Butcher founded the Electric Factory Recording Studio, which focuses primarily on film, TV, and multimedia work. (Greg Prato)

According to Wikipedia, "Jimi Hendrix disciple" is a bit of an overstatement:

"If you grew up in the era of Jimi Hendrix as I did it would be nearly impossible NOT to be influenced by his brilliance and amazing facility as a guitar player. To be sure, my early impressions of the Jimi Hendrix Experience were completely life altering, but so too were my impressions of Albert King. Jeff Beck was and remains a constant source of inspiration, and working with Jeff on the MTV/ VH-1 video Ambitious remains an all time high." Jon also lists among his influences Richie Havens, John Lennon Bob Dylan and Keith Richards. While Butcher is humbled by the Hendrix comparisons he emphasizes that they may be superficial. " Being black and playing a Stratocaster might lead one to assume Jimi was my sole influence but that wouldn't be true. Like most musicians, in fact like most people we're a complex mix of a lot of things."

The 1984 album Stare At The Sun contains nine original compositions and a cover of Bill Nelson's "Eros Arriving" from his groundbreaking album The Love That Whirls. Get the vinyl rip here or here.
Posted by Fantod at 3:10 PM 7 comments:

John Fred and his Playboy Band - Love My Soul 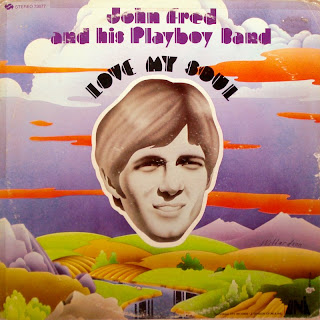 John Fred and his Playboy Band had their biggest hit in 1968 with "Judy In Disguise (with Glasses)", which satirized both the Beatles and the huge sunglasses that were a fad at the time. (Everything old is new again!) John Fred Gourrier was from Louisiana and his band excelled at Southern R&B grooves, but this style never translated into a national hit for them. It was only when they went for a pop gloss that their songs broke through. After three albums on Paula Records, the label dropped them and they disbanded. Fred got a new band together and signed to MCA/Uni, releasing a few more singles and one album, Love My Soul (1970). The new band did not include Fred's former saxophonist and songwriting partner Andrew Bernard; he wrote most of the songs on the album with his manager, Lynn Ourso. There is a distinct Beatles influence throughout the album, evident from the first track, "The Big Show", which not only sounds like "Sgt. Pepper's Lonely Hearts Club Band", it also references it in the lyrics, along with "Judy In Disguise" (but which was written by outside songwriters). Side one closes with a Memphis-style cover of "Back in the U.S.S.R.", previously released as a single. In the middle of side two, the title track sounds like Fred's "Let It Be": a downtempo ballad that builds to an anthem, at which point the horns play the "Judy In Disguise" riff (co-written with Bernard). Sprinkled through the record are three more obvious singles: "Three Deep in a Feeling" (previously released). "Candy's Candy Kisses" (a dead ringer for Tommy James), and "Sadie Trout" (the album's other Bernard co-writing credit). Robert Christgau evaluates the album thusly:

With his sharp, nasal drawl, Fred was born to pop, and though he's lost collaborator Andrew Bernard, he's keeping Shreveport's Sgt. Pepper's Lonely Hearts Club Fan Club going all by himself. Would anyone but a genuine eccentric rewrite "Sweet Soul Music" as a tribute to Johnny Winter, Pete Townshend, and Nilsson? "Agnes in Disguise (With Blanket)": "Sadie Trout." B-

Get the vinyl rip here or here. It's not from pristine vinyl so be prepared for some clicks and pops; if you like it you should be able to find a sealed copy for $40 or so.
Posted by Fantod at 4:31 AM 5 comments: 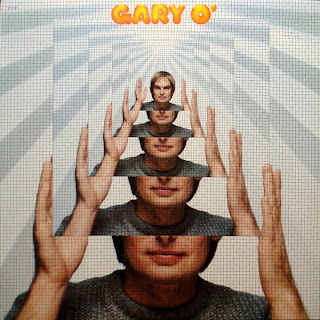 Canadian singer/guitarist Gary O'Connor had been in the bands Cat, Liverpool (a Beatles tribute band), and Aerial before going solo as Gary O', releasing his first solo album on Capitol Records in 1981. Anyone who listened to AOR radio in the early 80s will be familiar with "All the Young Heroes", as perfect an example of that genre as was ever made. About the Gary O' album, Wikipedia says:

The first single "I Believe in You" became a smash hit in Canada, and the follow-up, a remake of The Hollies' song "Pay You Back With Interest" even reached the Billboard Hot 100 Charts, where it peaked at #70.

I never heard either of those songs on US radio; it was "All the Young Heroes" that was a hit with fans of what is now known as "melodic hard rock." The full track list is:

And the musicians are:

"The Way You Look Tonight" could have been a single as well, though it's awfully close to the Raspberries' "Go All the Way." Gary O' released his second and last album, Strange Behaviour, in 1984; since then he has worked as a songwriter. Get the vinyl rip of Gary O' here or here. 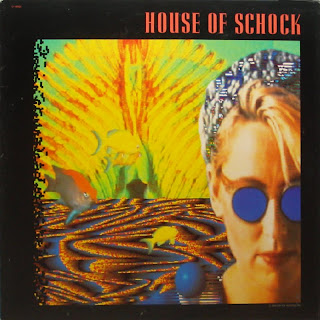 Of the three members of the Go-Gos to release solo albums, drummer Gina Schock was the last, her House of Shock album appearing in 1988. Although it's technically not a solo album, as "House of Schock" is the name of the partnership between Schock (drums, vocals) and Vance De Generes (bass, backing vocals, brother of Ellen). Then backing up House of Schock is "The House Band" of Chrissy Shefts (all guitars, backing vocals), Steven Fisher (drums--I guess Gina didn't play all the drums), and Jim Biggs (keyboards, backing vocals). The album leads off with the sublime single "Middle of Nowhere"; I was going to post the video here, but it seems to have disappeared from the web. Nothing else on the album rises to the same level, but Schock makes it clear that she is by far the rockingest of the Go-Gos. The full track list is:

The CD format of this album must have had a very small run, as it's now a collector's item fetching upwards of $50. If you would like a vinyl rip @192kps to listen to while you save up for a CD, get it here or here.