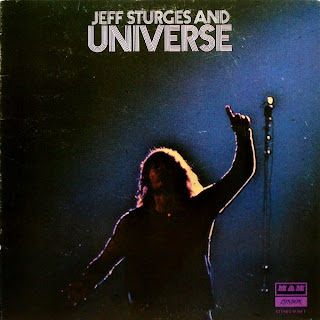 And now for something completely different! I have ripped and posted just about all of my postpunk rarities (i.e. out of print and not already served up on another blog), so for the time being I'm going to take a side journey into other odds and ends that fall outside of the stylistic tone of this blog to date. The first such oddity is the 1971 album by Jeff Sturges and Universe, a hard-rock big band recorded live at Caesar's Palace in Las Vegas. Sturges is the arranger and conductor; the mammoth band he assembled comprised:

That's eighteen horns, mostly playing full blast; this record is anything but subtle. Apart from one Sturges original, all the tracks are covers, the most recognizable today being Mountain's "Mississippi Queen"; "bombastic" hardly begins to describe it. The full track list is:

I can't find any information on whatever happened to Jeff Sturges after this, but if you like to rock out with horns turned up to eleven, he left a nice artifact for you to enjoy. My vinyl copy is in pretty sad shape, and while I did run a click removal on the whole recording, there is still noticeable surface noise. But for now it's the best (i.e. only) rip available, and hey, surface noise adds character! If someone puts up a better one, I will gladly redirect to that one. For now, get the vinyl rip here or here. 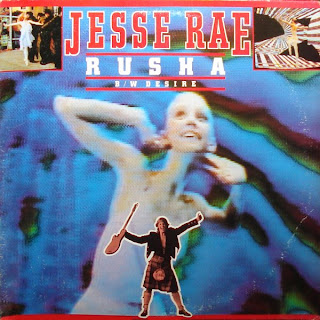 Look! There's Jesse Rae before he had his steel helmet and five-foot Claymore (sword)! 1985 was the year of Jesse Rae's career-defining single, "Over the Sea", the extravagant video for which established the helmeted, kilted, sword-wielding image he maintains to this day. But he must not have had the helmet and sword yet in 1982, as that is the year of the record pictured above, the Columbia release of the double-A-side 12" single of "Rusha" b/w "Desire" (the first of the 12-inch three-pack offered here). This is a different version of "Rusha" than the one on The Thistle; it's about a minute and a half longer, and is an earlier recording, though both of them feature Bernie Worrell on keyboards. "Desire" was a single for Rae in 1979 on Bold Records; I have never seen or heard that record, so I don't know if this is the same recording or not. It is a bizarre electro piece with funny sampled voices providing much of the rhythm track and goofy lyrics; its seven-minute length may be excessive, but once you hear it you will never forget it. 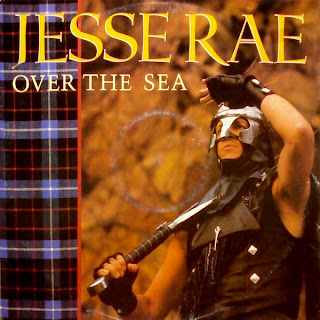 Next up is the 12-inch single of "Over the Sea", again signficantly different than the album version. In addition to the hotter mix (which my PC recording setup can just barely handle, sorry for the distortion on the sibilants), there is a more active rhythm synth, no instrumental indtroduction, and an additional 30 seconds of music. The real gem on this record is the first track on the B side, "Party Crackers", a wicked eight-minute funk jam. Closing the B side is an instrumental verion of "Over the Sea", with an extended Bernie Worrell synth intro in his distinctive freaky style. 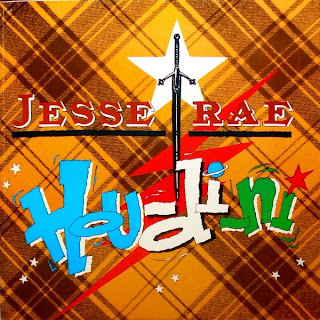 Rounding out the 3-pack is the 12-inch single of "Hou-di-ni" b/w "Idio-syn-crazy", both of which appear on The Thistle in more or less the same versions (though "Idio-syn-crazy" is decoupled here from the album's "Scotland the Brave" instrumental intro). I've packaged all three 12-inch vinyl rips in separate folders in a single archive file; get it here or here.