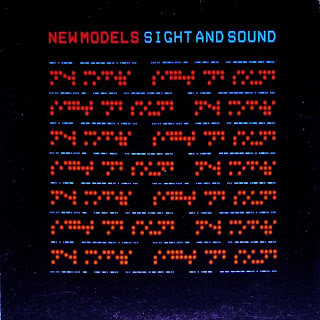 Boston-based new wave band New Models released one single ("Permanent Vacation") and a five-song EP, Sight and Sound (PVC Records, 1983). I've never managed to find a copy of the single, but I've had the EP for twenty-odd years. The band was led by Casey Lindstrom (guitar, vocals, synthesizer, songwriting) and also included Steven Thurber (synthesizer, machines, vocals) and Michael Johnson (drums). Lindstrom was already a veteran of the Boston club scene, having previously been a member of The Jets, Easy Action, and others. (There are some fun pics of those early years on his sister's website, Boston Groupie News.) He would later be part of Ric Ocasek's touring band, and then went on to form punk/metal band Shake the Faith. But in 1983 "new wave" was the order of the day, and Sight and Sound is a competent stab at it. The hooks are undeniable, and while the whole thing threatens to slip into AOR cliché at any moment, it never quite does. The overall sound bears a strong resemblance to John Foxx-era Ultravox (especially Systems of Romance), though Lindstrom can't touch Foxx's visionary lyrics. Get it here or here. 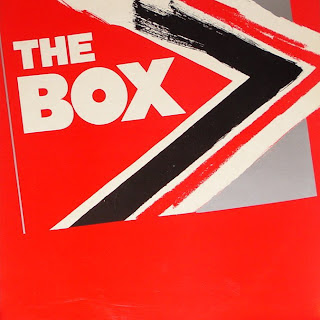 Despite the critical success of ClockDVA's 1981 album, Thirst, bandleader Adi Newton (Gary Coates) sacked the rest of the band and assembled a new one with the intention of going in a funkier direction. As Mick Fish tells it in Industrial Evolution:

One of Newton's new lyrics was the appropriately titled song "Bone of Contention". That's exactly what the newly proposed direction became. "We're not fucking playing that sort of stuff," was the reaction from the rest of the band. Newton, being from the same Sheffield soul boy clique as Oakey, the Cabs et al, was still obsessed with white boy funk. It was obvious that there was no way Newton was going to drag Paul [Widger, guitar] or Charley [Collins, sax] away from Captain Beefheart and towards James Brown. The end, when it came, wasn't so much a firework display as the fizzling of a spent sparkler. "Oh look, we've got a gig in Brighton," Paul noted on browsing the music papers. What the singer had in fact failed to tell them was that Clock DVA did indeed have a gig, but that a whole new band of musicians were being invited along for the ride.

The Box tried a number of singers, one who sort of whooped like a Red Indian chief but couldn't sing in tune. They even played two gigs with Mal [Stephen Mallinder of Cabaret Voltaire] on vocals -- a marriage of styles that was quite successful in its own way.... The Box eventually advertised for a singer. By far the best response came from Pete Hope from Hertford. Vocally somewhere between Tom Waits and Howlin' Wolf, he moved up to Sheffield with his young family.

(See Destroyed By Gods on Noise Heat Power for an amusing anecdote about Pete Hope in the notes to Track 14, and be sure to download the Sheffield mix from the same page.) Skronk may have originated in New York, but no one did it better than The Box. They became the first band signed to Andrew MacDonald's Go! Discs, which would later find great success with the Housemartins, Billy Bragg, and Portishead, among others. There is no Peter Hope or Box material available on the web other than a four-song live set on Pandora's Music Box, so I'll take it upon myself to remedy that by offering up the first release by The Box, a self-titled five-song EP from 1983 (Go! Discs VFM1). Also highly recommended to fans of The Pop Group. Get it here or here.
Posted by Fantod at 8:24 AM 5 comments: 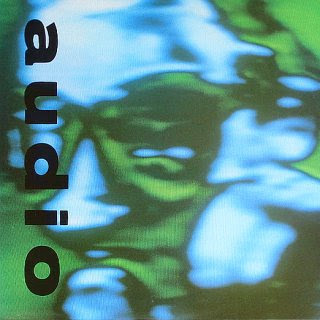 The late Rob Deacon's Sweatbox Records was another top UK label of the 80s, not in terms of sales but in terms of assembling a roster of cutting-edge postpunk bands. He started out publishing Abstract Magazine, which had the bonus of having an LP attached to it with songs by the bands covered in the magazine (often exclusive tracks or remixes), the LPs giving birth to Sweatbox. I've had a request for Abstract 6, Audio/Visual (1986), and as I had it handy from ripping the Chakk Theme, I've done up the whole thing in 192k mp3. It's a great collection focused on Sheffield and Manchester bands, my personal favorites being the industrial funk of Workforce, Chakk, and Hula:

A1 In The Nursery Breach Birth (Blockade Mix)
A2 Workforce Skin Scraped Back (Remix)
A3 Xymox Moscoviet Musquito (Remix)
A4 Blurt Gravespit (Live)
A5 Clair Obscur Smurf In The Goulag
B1 A Certain Ratio Sounds Like Something Dirty
B2 Anti Group, The Ha (Remix)
B3 Chakk Theme
B4 Hula Motor City Nightmare
B5 A Primary Industry They're Biting

Get it here. For a better view of the cover art and packaging, see discogs.com.
Posted by Fantod at 11:47 AM 4 comments:

VA - The Art of Survival 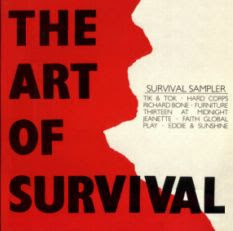 A visitor to one of the previous Survival Records posts asked for the Richard Bone album; I haven't found that yet (there are those who make fun of people who shelve their records in order, but it really does help, since having one's records all out of order makes it hard to find a particular record, as I am reminded every day), but I did turn up another Survival Records sampler LP. The Art of Survival is from 1984 and includes:

This is simply one of the best original collections of indie synthpop ever, and the fact that all these acts were on the same label is is pretty amazing. Vinyl rip, get it here or here.
Posted by Fantod at 8:49 AM 4 comments: 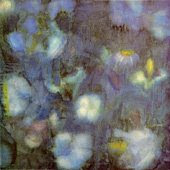 Paul Hammond and Ian Cooper made a name for themselves in the 90s as Ultramarine, releasing five albums of "pastoral techno" music. Before Ultramarine, they recorded as A Primary Industry (with three additional members), releasing a few singles and compilation tracks and one full-length LP entitled Ultramarine. You can definitely hear the seeds of Ultramarine (the band) in A Primary Industry, but many tracks have a more raw and lively sound, influenced by UK post-punk funk bands such as A Certain Ratio, Pigbag, and 23 Skidoo (props to Burl Veneer for spotting some particularly heavy "influencing"), and still others fall solidly into shoegaze territory. Their contributions helped make Rob Deacon's Sweatbox one of the best UK labels of the 80s; other acts on the roster included The Anti Group, Perennial Divide/Meat Beat Manifesto, and In the Nursery. Inexplicably, Ultramarine has never been reissued, so I hope to bring more attention to this lost minor classic with a vinyl rip, here or here.
Posted by Fantod at 6:16 PM 10 comments:

Nicky Skopelitis - Next To Nothing 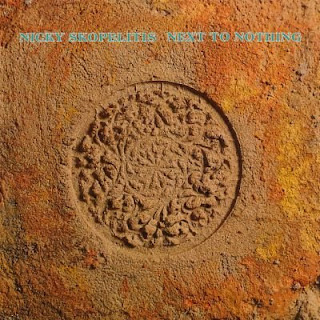 Guitarist Nicky Skopelitis has long been a Bill Laswell collaborator, appearing in a supporting role on countless Material and related albums. He has also taken center stage for several "solo" albums, which are more like Skopelitis-led Material albums. His first solo album was Next To Nothing on Virgin; it was released in 1989 and practically disappeared. It took me years to find a copy of the CD, but it eventually turned up during a casual browse of a used CD section. Backing up Skopelitis are Laswell (naturally) and Axiom label mainstays Ginger Baker, Simon Shaheen, and Aiyb Dieng, plus none other than Fred Frith on violin. Seven tracks, 35 minutes, CD rip @ 192 (by popular request), get it here or here.
Posted by Fantod at 6:18 PM 6 comments: 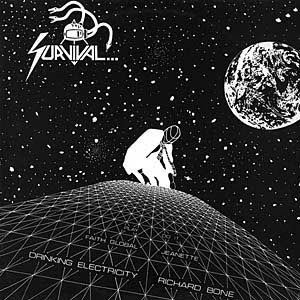 How about another LP from 80s minimal techno label Survival Records? This 1983 label sampler is divided into "Mind & Matter" (Side A) and "Megamix" (Side B), with each track of the Megamix running straight into the next one with no gap on the LP. Track listing:

("Do It" is label sleeve designer and Drinking Electricity bassist P.K. (Paul) Edgely. ) Get it here or here.
Posted by Fantod at 6:34 AM 7 comments: 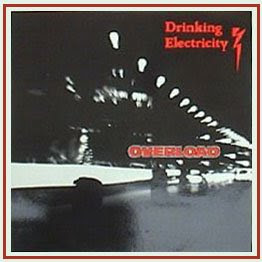 Drinking Electricity was the synthpop duo of David Rome and Anne-Marie Heighway, with P.K. (Paul) Edgely frequently adding bass guitar to the mix. Rome and Heighway founded Survival Records in 1980. It would become one of the premiere "minimal techno" labels of the 80s, with a roster that included Richard Bone, Tik & Tok, Thirteen at Midnight, and Play. After a few singles they released their first and only album as Drinking Electricity, Overload, in 1982. The track listing is as follows:

I've added two bonus tracks, the "Shakin' All Over" single (yes, the Johnny Kidd and the Pirates song) and its B-side, "China." Links removed: reissue coming soon from Medical Records.
Posted by Fantod at 8:00 AM 6 comments:

Here's an album that Illuminated Records put out in 1984 that is comprised of a 15-minute label roster megamix on each side: the songs segue from one to the next without dropping the beat (with continuity provided by a beatbox). Each clip is a teaser for the full-length version. Illluminated had an impressive lineup of "gothic funk" bands; here are the songs included in the two side-long mixes: 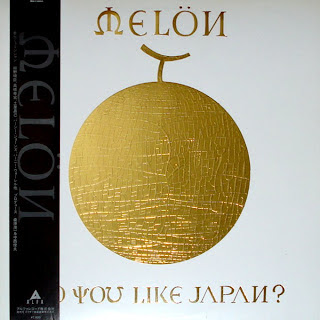 His first band, Plastics, had a world tour with Talking Heads and The B-52's in 1980. When the band broke up in 1982, he went to New York and formed Melon with Percy Jones of Brand X, Dougie Bowne of The Lounge Lizards, Bernie Worrell of Funkadelic and Chica Sato, trying to merge funk with Japanese Group Sounds.

And pulling it off pretty well, I might add. Do You Like Japan? is the first Melon album; it also features playing by Masami Tsuchiya, Haruomi Hosonom, and Yukihiro Takahashi. This was a Japan-only release, I think, on Alfa Records. Nine songs, vinyl rip, get it here or here.
Posted by Fantod at 2:05 PM 4 comments: